To share your memory on the wall of Peter Pembrooke, sign in using one of the following options:

To send flowers to the family or plant a tree in memory of Peter Michael Pembrooke, please visit our Heartfelt Sympathies Store.

Receive notifications about information and event scheduling for Peter

Donations are being accepted for: DISABLED AMERICAN VETERANS.

We encourage you to share your most beloved memories of Peter here, so that the family and other loved ones can always see it. You can upload cherished photographs, or share your favorite stories, and can even comment on those shared by others.

Bryan, Dreama, and Family sent flowers to the family of Peter Michael Pembrooke.
Show you care by sending flowers

Bryan, Dreama, and Family purchased the Forever Beloved for the family of Peter Pembrooke. Send Flowers

Posted Mar 16, 2020 at 02:52pm
Pete and I, along with Lew Fernandez, were roommates plebe year at the Academy. A smarter, friendlier, more honest, more humorous, and more trustworthy person could not be found. His devotion to God, country, and friends was unmatched. Of course, no day during plebe year passed without witnessing his intense and everlasting devotion to Donna, the love of his life. I am heartbroken at the news of his passing and want Donna and all of his family to know that he is loved by many who will miss his smile and his companionship. Fair winds and following seas, roomie. Sailor, rest your oar - we have the watch.
Comment Share
Share via:
AN

Posted Mar 16, 2020 at 12:36am
I am deeply saddened for your loss. I would like to offer you and your family my sincere condolences and may his soul rest in peace.

Posted Mar 14, 2020 at 03:31pm
I am sorry for your loss, and I just want to express my condolences to Pete's entire family. I knew Pete from our days at Westinghouse-MTD and Alion.
Bill Daubr
Comment Share
Share via: 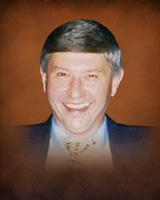 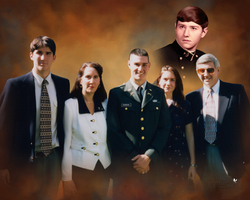