To share your memory on the wall of Pete Chiodo, sign in using one of the following options:

Age 88, of Scott, passed unexpectedly on Monday, September 7, 2020. Life companion of Teruko Rayburg; adoring and protective father of Rosemary Chiodo (David) DiMarco and Marylouise Chiodo; dedicated and supportive grandfather of D.J. (Keri), and Jim, (Katlyn), and great-grandfather of Joseph Tullio, Santino Peter, Luciano James and Enzo; brother of Louisa, Joseph, Adda, Mario and the late Frank. Uncle and mentor to many loving nieces and nephews. After emigrating from Italy, Pete opened Chiodo Hairstyling in Dormont. Later joined by his brother Mario, they were in business for 57 years until he retired at the age of 84. He was once featured on Mr. Rogers’ first public television show on WQED to help ease children’s fear of going to the barber. He was most proud, though, when a client he had known since they were a child would bring in their own children to see him for a haircut. Pete was an avid hunter and outdoorsman who loved spending time between his camp that he shared with his brother Mario and the Beinhauer Lodge with all his friends. He also enjoyed walking in Scott Park almost every night, and had a small group of friends who would join him. To know Pete was to know his beaming smile and his warm and giving heart. It brought him such happiness to bring his friends and family his homemade wine, fruits, vegetables, and Italian bread. He loved their tradition of making sopressata in his daughter’s garage and always hosted the Feast of the Seven Fishes on Christmas Eve. On Sundays in the summer he could always be found at Trader Jack’s collecting treasures and building lasting friendships with the vendors. It's hard to imagine one’s life not being made better in some way just by knowing him. He was a hardworking father who adored and cherished his daughters, loved and respected his son- in-law Dave whom he frequently referred to as “a good man”, and had such pride in his grandsons. He always expressed how lucky he was to see his grandsons become fathers. His great grandchildren filled him with joy and laughter and affectionately called him “O.G.G.” or “GG”. He loved to teach them to fish, surprise them with lunch, and be their number one fan at all of their sporting events. Pete will be missed by so many who loved him. Funeral arrangements by BEINHAUERS (724-941-3211). All services will be private. Memorial contributions for an honorary bench at Scott Park in Pete’s memory may be made to Marylouise Chiodo, 2378 Cramden Road, Pittsburgh PA 15241. Please add tributes at beinhauer.com

To send flowers to the family or plant a tree in memory of Pete Chiodo, please visit our Heartfelt Sympathies Store.

Receive notifications about information and event scheduling for Pete

We encourage you to share your most beloved memories of Pete here, so that the family and other loved ones can always see it. You can upload cherished photographs, or share your favorite stories, and can even comment on those shared by others.

Posted Sep 15, 2020 at 12:12pm
Dear Rosemary, Marylouise and Family,
I was so sad to hear of your father’s passing. His life was so full and he so enjoyed it. I can’t think of your father and not think of that smile. He had a way about him that just put you at ease. It was like he had it all figured out. He had the secret to happiness and when you were around him you could feel it. ...like being around a warm fire. I stopped in to see him at the barbershop one day after not having seen him for many years. And there it was. I could immediately feel that glow. We talked as if it had only been weeks since we’d spoken rather than years. He was truly an inspiration and I will never forget him.
With Deepest Sympathies,
Ed McCauley

Posted Sep 14, 2020 at 09:12am
Peter not only was a good man but a good friend. He was so willing to help you with anything you may have needed. Always happy even if you were not you had a smile when he was around. He son reminded me of my own grandfather in so many ways they do not make men like that anymore. Peter I love you and you will be missed. ❤
Comment Share
Share via:
CW

Posted Sep 13, 2020 at 04:03pm
Pete was my barber and friend for many years. We were both members of Library Sportsmen's Association and were trap shooters. Pete was a great mentor and teacher who helped me a lot in trying to master trap shooting. I will miss him very much. I offer my sincere condolences to his family, he was truly a great individual and will be sorely missed by all of his friends.

Posted Sep 11, 2020 at 04:30pm
To Mario and All of Pete's Family
To Mario and Family
So sorry to have learned of Pete's passing. Truly a man who will now spend eternity in heaven. I always enjoyed those conversations during my haircuts. Whether it was about the family, the garden, the traditions, or days of yore, he always spoke of such love for it all.

Posted Sep 09, 2020 at 11:12am
PETE WAS A GD FRIEND OF ME AND MY SON WE SHOT TRAP AT LIBRARY GUN CLUB FOR MANY YEARS AND PETE WAS ALWAYS THERE TO HELP THE MEMBERS AND GUEST THAT NEEDED HELP IN SHOOTING TRAP . WAS A HUNTER AND A GD SPORT PETE WOULD WALK INTO THE GUN CLUB ALWAYS WITH A BIG SMILE AND TO SHAKE YOUR HAND PETE SAFE FLIGHT TO HOME PAL WE WILL ALL MISS U THE FORDYCE FAMILY MARK AND VERN FORDYCE 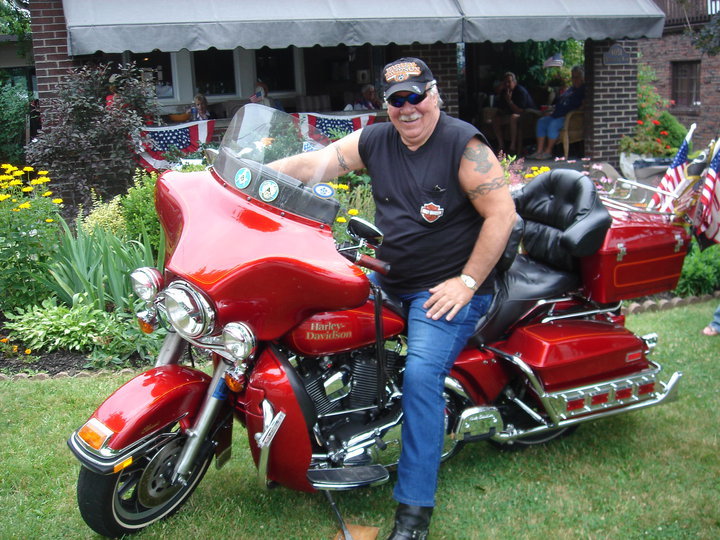 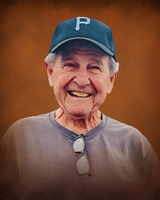