To share your memory on the wall of John McQuaid, sign in using one of the following options:

Provide comfort for the family of John McQuaid with a meaningful gesture of sympathy.

Bob was born on November 6, 1928, in Leetsdale, PA, to DeLorme and Margaret (Buckley) McQuaid. He served in the Marine Corps from 1946 to 1951, rising to the rank of Staff Sergeant. He completed his engineering degree at Geneva College in 1955, then worked for 30 years for RCA, building and maintaining manufacturing facilities, and 20 years for HHSDR Architects and Engineers, building and remodeling schools in Peters Township and the surrounding area. On December 30, 1950, Bob married Evelyn Ferne Graebner of Fair Oaks, PA. Residing in McMurray since 1966, they raised three children, Janet of McMurray, Bob Jr. of Los Angeles, CA, and Mark of Kensington, MD.

Bob was a loving husband and father. He rarely missed an opportunity to watch his children participate in a sport, perform in a concert or play, or just spend time with his immediate and extended family. He was president of Boys’ Baseball in Peters Township from 1971 until the early 1980s and a lifelong golfer. The friends Bob made through golf, community service, and work were dear to him.

Bob was preceded in death by his wife, Ferne, in 2006, and brother, DeLorme (“Bud”) McQuaid of Leetsdale, in 1985. Bob is survived by his three children and a grandchild, Sarah, of College Station, TX (Bob Jr.’s daughter) and by his daughter-in-law, Tracey Lenhardt-McQuaid (Mark’s wife) and grandchildren Olly and Maya Duckett (Mark’s stepchildren), as well as many nieces and nephews.

Bob will be laid to rest with Ferne at the National Cemetery of the Alleghenies in a private ceremony. A celebration of Bob’s life will be scheduled at a future date.

If so desired, memorial contributions may be made to the charity of your choice. The family has donated in Bob’s memory to Peters Twp. VFW 764 Ambulance Service (a 501(c)(4) organization) (300 Municipal Dr., McMurray, PA 15317), whose lift assists allowed Bob to live at home much longer than would otherwise have been possible, and to the United Way of Washington County, PA (a 501(c)(3) organization) (https://www.unitedwaywashco.org/). Funeral arrangements by BEINHAUERS, 2828 Washington Road, 15317, McMurray, (724) 941-3211. Please view and add tributes at www.beinhauer.com.
Read Less

To send flowers to the family or plant a tree in memory of John Robert McQuaid Sr., please visit our Heartfelt Sympathies Store.

Receive notifications about information and event scheduling for John

Print
Service will take place at a later date by the family.

We encourage you to share your most beloved memories of John here, so that the family and other loved ones can always see it. You can upload cherished photographs, or share your favorite stories, and can even comment on those shared by others. 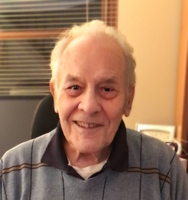