To share your memory on the wall of Wayne Schiffauer, sign in using one of the following options:

Born in Pittsburgh, Pa March 3, 1948. Son of the late Nicholas “Ted” Schiffauer and Theresa (Franz) Schiffauer of Carrick, PA. Enlisted in the U.S. Air Force during the Viet Nam War and obtained a secret security clearance from the Pittsburgh Office of the OSI. He was trained as a munitions/bomb specialist in Texas and Colorado. His duty assignments included tours in Turkey and Viet Nam. He married his wife Sandy (Wingertsahn) Schiffauer upon his return from Viet Nam in July 1970 and recently they celebrated their 50 year anniversary.

He separated from the Air Force in 1971 as a Sargent and began employment with the US Postal Service. He retired from the Post Office in 2003-after 33 years of service, after serving as Manager, Customer Services in Pittsburgh. Prior to his USAF service, he worked for US Steel, Homestead Works.
Mr. Schiffauer was a member Immaculate Conception Church, American Legion Post 175 in Washington Pa and a member of the honor guard. He was also a member of the VFW Post 6668 and Washington Sportsman Association.

He enjoyed Steeler football, Penguin hockey, Pirate baseball and golf. His fondest memories were holidays and weekly family dinner with his wife, children, son-in-law and grandchildren at their home and weekends at his lake home with the entire family. “My best times were all the years I spent with Sandy, my beautiful bride, the birth of my daughters, grandchildren and most recently a great granddaughter. I was so blessed to spend my life with these special and wonderful people.”

“It was my very special honor serving on the American Legion honor guard. I felt it was my duty to pay final tribute to my fellow fallen veterans. When you considered all that these veterans sacrificed, the least I could do was give them and their families a few hours of my time.”

Arrangements by BEINHAUER, friends received Monday from 6:00 – 8:00 PM and Tuesday from 2:00 – 4:00 PM and 6:00 – 8:00 PM at 2828 Washington Road, McMurray; A Mass of Christian Burial will be held on Wednesday at 1:00 PM at Immaculate Conception Roman Catholic Church, 119 W Chestnut St, Washington. Interment at the National Cemeteries of the Alleghenies.

In lieu of flowers, donations to Tunnel2Towers (https://tunnel2towers.org/) would be appreciated.

To send flowers to the family or plant a tree in memory of Wayne N. Schiffauer, please visit our Heartfelt Sympathies Store.

Receive notifications about information and event scheduling for Wayne

Donations are being accepted for: STEPHEN SILLER TUNNEL TO TOWERS FOUNDATION.

We encourage you to share your most beloved memories of Wayne here, so that the family and other loved ones can always see it. You can upload cherished photographs, or share your favorite stories, and can even comment on those shared by others.

Carol & Rich Wingertsahn and The Ronald Family sent flowers to the family of Wayne N. Schiffauer.
Show you care by sending flowers

Posted Sep 29, 2020 at 12:50pm
Dear Sandy;
I was saddened to see that Wayne had passed away this past week. I had always enjoyed the time spent with the two of you during the time that we worked together. My deepest sympathy goes out to you and to your family.
Comment Share
Share via:
HS

Posted Sep 28, 2020 at 07:49am
Please accept our most heartfelt sympathies for your loss... Our thoughts are with you and your family during this difficult time.

Medium Dish Garden was purchased for the family of Wayne Schiffauer. Send Flowers 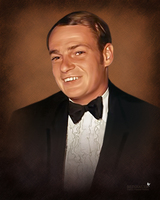 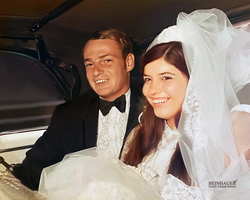