To share your memory on the wall of Ronald Yuss, sign in using one of the following options:

Provide comfort for the family of Ronald Yuss with a meaningful gesture of sympathy.

Print
Ronald Bruce Yuss of Peters Township, Pennsylvania, passed away on Friday, November 22, 2019, at 73 years of age. After months of courageously battling his failing health, he passed away peacefully.

Ronald was born on March 22,1946, in... Read More
Ronald Bruce Yuss of Peters Township, Pennsylvania, passed away on Friday, November 22, 2019, at 73 years of age. After months of courageously battling his failing health, he passed away peacefully.

Ronald was born on March 22,1946, in Charleroi, PA to the late John and Margaret Yuss. Like his older brothers John and Fred, Ron was a tremendous athlete. He was a three-sport star in high school before receiving a scholarship to play linebacker at West Virginia University. During his playing career at WVU, Ron was an All-American. Ronald was a lifelong Mountaineer and he enjoyed the annual reunion weekends with his former teammates; he was also proud to be a member of the Fellowship of Christian Athletes. It is quite possible that both of his daughters graduated WVU because Ron and Barb took them to so many football games during their formative years.

Upon graduating college, Ronald was commissioned as a Second Lieutenant in the United States Air Force, went to flight school, and was quickly sent to war. Ron had two tours to Vietnam, flying over 200 combat missions in the F-4 Phantom. For his valor during the war, he received two distinguished flying crosses and 13 air medals. After the birth of his first child, Ron left active duty but spent the rest of his life continuing to serve in flying (A-10 Warthog and A-37 Dragonfly), staff, and mentorship roles with the Air Force Reserves, Air National Guard, and U.S. Air Force Academy. He was proud to be selected to the rank of Colonel. Less than a month before his passing, Ron was still mentoring perspective high school students about the potential benefits of serving in the Air Force.

Ronald was the president of R.B.Y. Industries where he was a very successful businessman. He was very fond of his right hand woman, Lynn Dodson, whom which he worked with for over three decades.

He and his family were also devoted Christians and members of the Trinity United Methodist Church. Ron very much enjoyed his Saturday morning fellowship with the Trinity Men’s Group.

Ron also enjoyed his fellowship with his brothers at the Veterans of Foreign Wars Post 764 in McMurrary. Ronald was proud and humbled to be inducted into the Wall of Valor at the VFW; he always said that he was no different than anyone else that served; he was just one of the lucky ones who made it home alive.

Ron met the love of his life, Barbara (Sutherland), during junior high school and the two of them built a beautiful life together. They were married just shy of 51 years. Ronald’s two daughters, Lieutenant Colonel Meredith Camilletti and Major Allyson Olson, both spent time on active duty and both are currently serving in the Air Force Reserves. Additionally, both daughters are married to currently serving active duty Air Force officers (Colonel Jason Camilletti F-15C, F-15E, F-22 pilot and Lieutenant Colonel Matthew Olson F-16, F-35 pilot). To say that Ron was proud of his family and their service would be an understatement. Barbara, Meredith, and Allyson were the light of Ron’s life but he beamed the brightest in his latest role as “Pappy.” Ronald was a strong, proud, and good man who always looked after his family and who was always willing to help a friend.

Ronald is survived by his wife Barbara, brother Fred; daughters Meredith and Allyson; grandsons Cole, Blake, and Bryce. The family is anxiously awaiting the arrival of his first grand daughter in two months.

We encourage you to share your most beloved memories of Ronald here, so that the family and other loved ones can always see it. You can upload cherished photographs, or share your favorite stories, and can even comment on those shared by others.

Stephen Swoope, 48 OG staff/Squadron CCs, and others have sent flowers to the family of Ronald Bruce Yuss.
Show you care by sending flowers

Posted Dec 08, 2019 at 08:45pm
So sorry to hear about Russ. I have fond memories of you two in Sembach. Robin Rasar
Comment Share
Share via:
GK

Posted Nov 29, 2019 at 11:49am
Barb and Family, Our friendship goes back for many years. When I think of Charleroi both you and Ronnie come to mind mine. Ronnie and I knew each other for many years starting with Sunday school. Ronnie and some of the other guys drove my aunt nuts but you had to smile and remember the good times we had. We were very proud growing up in a small town and having the opportunity of knowing everyone. Ronnie always had a greeting for everyone. He also had a kind word for everyone. Barb you and Ronnie had a special relationship. It is important to remember the memories and this will help you in the future. May God Bless you and your family. With love, Ginnie Gass (64)
Comment Share
Share via:
JW

Posted Nov 26, 2019 at 08:13pm
Dear Barb and family, my deepest sympathy on your loss of Ron. I will always remember him from the neighborhood growing up, contributing much to our school class, and seeing you both at the annual Y reunions. God Bless you all. Janet Devigne Westcoat
Comment Share
Share via:
HS

Flowers were purchased for the family of Ronald Yuss. Send Flowers 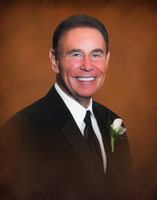 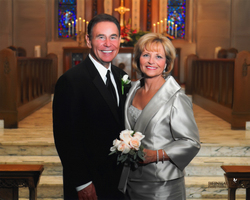 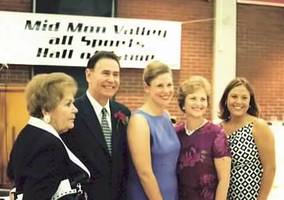