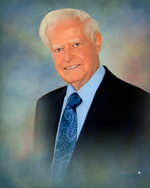 Richard was born on February 7, 1933 in Tipton, MI to the late Leon and Elva (Walter) Richardson. He peacefully passed away on Friday, February 5, 2021, with his family by his side. Richard served 1953-1955 in the U.S. Army ending in rank of Corporal. He was a graduate of Columbia College in 1981 with a Bachelor of Arts degree and University of Puget Sound in 1983 with a Masters of Business Administration. Richard was Postmaster in Clinton, MI, then Postal Inspector. He retired in 1984 after 24 years serving in Clinton MI, Pittsburgh, PA, Philadelphia, PA, and Seattle, WA. Richard formed his own private investigative service, Richardson & Associates, for 15 years in Pittsburgh. He was also a very active member of Canonsburg United Presbyterian Church. Richard is preceded in death by nine brothers, four sisters, and one surviving brother Ronald. Richard is survived by his beloved wife of 67 years, Thelma (Owen) Richardson; children, Duane (Cathi) Richardson, Sheryl (John) Atlee, Philip (Linda) Richardson, and Marilyn (Alan) Anderson; nine grandchildren; and 10 great grandchildren. Friends and Family are welcome at Canonsburg United Presbyterian Church, 112 W. Pike Street, on Friday, February 12, 11:30AM until time of Funeral Service at 12:30PM. Interment will be private at the National Cemetery of the Alleghenies. In lieu of flowers, memorial contributions may be made to Canonsburg United Presbyterian Church (https://www.canonsburgup.org/).