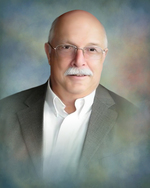 Raymond Edward Sasselli, 78, of South Park, Pennsylvania passed away peacefully, with his wife by his side, on Saturday, January 30, 2021.

Raymond was born on October 2, 1942, in McKeesport, Pennsylvania, a son of the late Raymond F. and Agnes (Bettinelli) Sasselli.

Raymond grew up in Donora, PA and graduated from Donora High in 1960. He attended Duquesne University and graduated with a degree in Accounting in 1964. While at Duquesne, he joined Alpha Phi Delta Fraternity and remained an active alumni member throughout his life. He was honored as the 1985 and 1987 Outstanding Alumnus for the Pittsburgh Chapter. He most recently was the Centennial Co-Chairman for the Alumnus Emeritus Program.

Following his graduation from college, he enlisted in the United States Army where he was an active reservist, making Sargent rank where he served in the military police until 1970. Professionally, he worked at Highmark for 30 years as an IT Specialist.

Raymond and Patricia were married at Sacred Heart Catholic Church in Shadyside, Pennsylvania in April 1968. They raised their family in South Park, Pennsylvania. Raymond dedicated 30+ years to coaching and officiating youth track and field. He was one of the founding members of the South Park Track Club, a TAC Official for the Pittsburgh Marathon and many national and college events. He also officiated Special Olympics events. Raymond was also part of the Founders group for the Finleyville Italian Gumba Society (FIGS) where he celebrated Italian heritage, fellowship with members, and enjoyed playing bocci ball.

The Sasselli family would like to acknowledge and thank the people at DaVita Dialysis Center in Pleasant Hills, and the infusion center at AGH/Jefferson Hospital for their loving care and support during the last several years.

Family and Friends are welcome at Beinhauer Funeral Home, 2828 Washington Road, McMurray (724-941-3211) on Thursday, February 4th, from 3:00 p.m. until 8:00 p.m. A private blessing service for family will be held on the morning of Friday, February 5th, at Beinhauer Funeral Home. Raymond will be laid to rest with military honors at the Queen of Heaven Cemetery in Peters Township. In lieu of flowers, donations in memory of Raymond may be made to the National Kidney Foundation, the American Diabetes Association, or the Disabled American Veterans.