To share your memory on the wall of Peter Lauterbach, sign in using one of the following options:

Pete, along with his brother, Mark, and mother, Carole, owned Peter Allen’s Italian restaurant on Penn Avenue in Pittsburgh, adjacent to Heinz Hall. Pete was well known in the local restaurant industry since the early 1990’s soon after he graduated from culinary school at Johnson & Wales University in Providence, RI. He apprenticed under and eventually partnered with Franco D’Amico to open Bravo Franco, the predecessor to Peter Allen’s.

Pete was big and strong with a larger-than-life personality but he was also a teddy bear with a huge heart. He would do anything for his family and for his close circle of friends, many of whom were his neighbors in Canonsburg. He loved to cook, especially for his nieces, nephews and his buddies at hunting camp. Pete’s favorite meal to prepare was spaghetti with meat sauce and no one did it better.

Pete will be sorely missed by his mother, Carole, and brother, Mark, both of Pittsburgh, his sister Annie Lauterbach Servitto of South Orange, NJ and her husband, Matt, their children, Francesca, Greta and Nicholas, his brother, Michael of Charlotte, NC, and his children, Eva and William, his aunt and uncle, Melinda and Paul Shannon of North Hills, and his devoted group of friends.

Regrettably, due to COVID, services will be private and limited to immediate family. Pete’s family and friends hope to celebrate his life in appropriate fashion on a future date during safer times.
Read Less

To send flowers to the family or plant a tree in memory of Peter A. Lauterbach, please visit our Heartfelt Sympathies Store.

Receive notifications about information and event scheduling for Peter

There are no events scheduled. You can still show your support by sending flowers directly to the family, or planting a memorial tree in memory of Peter A. Lauterbach.
Visit the Heartfelt Sympathies Store

We encourage you to share your most beloved memories of Peter here, so that the family and other loved ones can always see it. You can upload cherished photographs, or share your favorite stories, and can even comment on those shared by others.

Jo-Ellen Marcella Patterson sent flowers to the family of Peter A. Lauterbach.
Show you care by sending flowers

You as well as your family are in my Prayers.

I Adored your brother as we worked together for many years with Franco.

I would make him laugh as he made me laugh.

Your brother will be missed by many.

Again to you and your family, my deepest sincere sympathy.

May you all find Peace in your hearts during this tragic time.

Posted Jun 24, 2020 at 05:31pm
I am so sorry to hear about your loving son and wonderful brother, Peter. Sending many prayers and love to the Lauterbach family.

Posted Jun 24, 2020 at 04:24pm
I am so saddened by this news, and the suddenness of Peter’s passing. He was a wonderful, kind, and welcoming presence in the Cultural District, and I considered him a friend. My love and condolences to Carol and to Mark.
Ted Pappas.
Comment Share
Share via: 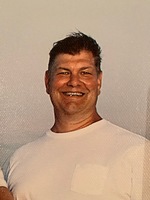 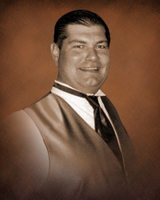