To share your memory on the wall of Nello Coccagno, sign in using one of the following options:

To send flowers to the family or plant a tree in memory of Nello Joseph Coccagno, please visit our Heartfelt Sympathies Store.

Receive notifications about information and event scheduling for Nello

We encourage you to share your most beloved memories of Nello here, so that the family and other loved ones can always see it. You can upload cherished photographs, or share your favorite stories, and can even comment on those shared by others.

Steven P. He, Thompson family, and other have sent flowers to the family of Nello Joseph Coccagno.
Show you care by sending flowers

Posted Mar 19, 2020 at 10:13am
I am so sorry to hear about Nello. I ran into him at the West End Senior Center
and was happy to see him again. I was an old neighbor and lived next door
to him on Pearce Road. He was always friendly and couples use to go dancing
and have a good time. My sympathy to Pat and his children. He enjoyed playing
cards at the center. I didn't know sooner to attend the funeral service.
Rosemary Arnold (Dowden)
Comment Share
Share via:
JM

Posted Feb 08, 2020 at 04:52pm
Words will not wipe away the tears and hugs may not ease the pain, but hold onto your memories because forever they will remain.
Nello, was such a wonderful person and we're going to greatly miss him here at camp. I'm sure he's already playing cards again with my dad. Our deepest sympathy and prayers to you all at this time of great sadness. We will never forget him. Jack & Jeannine May
Comment Share
Share via:

Posted Feb 06, 2020 at 08:19pm
Nello’s warm smile and hearty greeting could always be counted on no matter if It was a week or years since we saw each other last. It will be missed. My thoughts and prayers go out to his family as they mourn his loss but celebrate the life he lived. - John McClelland
Comment Share
Share via:
EP

Posted Feb 06, 2020 at 01:49pm
Nello and I worked together in the prop shop at the old Allegheny Airlines. It was a lot of fun working with him. RIP my old friend. Ed Palko
Comment Share
Share via:
PS

Posted Feb 06, 2020 at 10:16am
Many memories of happy times with Nello, Barb and Coccagno family,
Pat and Barry Stanley,Bruce, Chris and Scott Stanley
Comment Share
Share via: 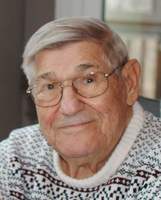