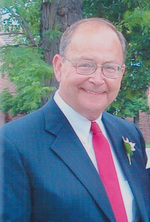 Joe Bardzil passed away on Sunday January 17, 2021, after a long battle with chronic illness, he was 81.

Joe was born in Pittsburgh on February 9, 1939 to Frank Walter Bardzil and Mary (Brinza) Bardzil.

He graduated from Homestead High School in 1956 and attend undergraduate and medical school at the University of Pittsburgh. While at Pitt, he was the manager of the football team and frequently shared spirited anecdotes about the team with his family. Following graduation from medical school, he interned at Washington Hospital in Family Medicine.

Joe was a Captain in the U.S. Army from 1965 to 1967 and received the Bronze Star Medal for Meritorious Achievement in the field of medical treatment while serving with the 92nd Engineer Battalion at Long Binh, Vietnam. In 1967 after leaving the Army, he began practicing family medicine in Houston, PA. He ultimately left the private practice to teach in the Family Practice residency program at Washington Hospital. After 10 years he returned to his original practice in Houston and was delighted to serve his former patients in the community. Joe was especially honored to be the parade marshal for the Houston Pumpkin Festival; he truly embraced the community. Model railroading, oil painting, baseball card and stamp collecting, tropical fish, gardening, fishing, boating, and camping were among his favorite hobbies.

During his internship at Washington Hospital, he met and fell in love with a young nursing student. In 1964, Barbara Engle and Joe Bardzil united in marriage and were blessed to spend 56 years together. In addition to his wife, Joe is survived by 4 children, Michael (Michelle) of Collegeville, PA, Mark (Elaine) of North Strabane, PA, Deborah Pugh (Joe) of Edgewater, MD, and Catherine Coughenour (Derek) of Altoona, PA. He was grandpa to 7 wonderful grandchildren, JC Bardzil, Trevor Bardzil, Morgan Bates (Stephen), Julia Bardzil, Caitlin, Meghan, and Edward Pugh. He is also survived by many nieces, nephews, and grand nieces, and grand nephews. In addition to his parents, Joe was proceeded in death by his brother, James Bardzil.

Due to COVID, there will be no public visitation. A private (family only) funeral mass will be held on Thursday, January 21, 2021 at Saint John XXIII in McMurray followed by a Military Honors Solute and burial at the National Cemetery of the Alleghenies. A live stream of the mass will be available to view by visiting https://www.john23.org/ at 10:00 AM.