To share your memory on the wall of John Mascaro, sign in using one of the following options:

Of Upper St. Clair, passed on Sunday, July 19, 2020, at the age 75. Jack is survived by his loving wife of 53 years, Darlene, who to this day loved her more than the day they were married; their three sons, Jo... Read More
John C. “Jack” Mascaro

Of Upper St. Clair, passed on Sunday, July 19, 2020, at the age 75. Jack is survived by his loving wife of 53 years, Darlene, who to this day loved her more than the day they were married; their three sons, John (Holly), Jeffrey (Michelle) and Michael (Libby); nine grandchildren, John Anthony, Joey, Justina, Julia, Ashley, Brooke, Ryan, Mary, and Abigail; his two brothers, Vince and Peter; one sister, Polly Martin, and many nieces and nephews. He was preceded in death by his parents, Peter J. and Jean E. Mascaro; and his sister Irma Riehl. Born in Mt. Lebanon, PA, Jack attended St. Bernard’s Catholic school where he started both ways on the football team and occasionally boxed some of the priests when the kids were acting up. Here is where he met several of his life-long friends whose friendship he cherished till today. After graduating from South Catholic High School in 1962, he followed in his father’s footsteps and graduated from the University of Pittsburgh with both a Bachelor of Science and Master of Science in Civil Engineering. During his younger years at Pitt, he fell in love and eventually married his supporting and adoring wife, Darlene, in 1967. After a small stint with a drafting engineering company, he realized that he did not want to sit behind a desk and draw. He wanted to build, so he made the move to work for a Pittsburgh-based construction firm for approximately 15 years. As time progressed, his relationships grew and his domain knowledge of the industry was stronger, so he decided to take a risk. After Darlene’s support, he took out a second mortgage on his home and started Mascaro Construction on his ping pong table. Thirty-two years later, his vision has grown and now currently being run by his three sons, John, Jeffrey and Michael. Through his leadership, Jack received many awards and accolades including the Engineers Society of Western PA’s Metcalfe Award, Legacy Laurate at the University of Pittsburgh, and the Chancellor’s Medallion given to him by Chancellor Mark Nordenberg at the University of Pittsburgh. Although he was humbled in these recognitions, none were more proud than winning the 2002 National Entrepreneur of the Year Award in the Construction and Real Estate Division given by EY, the 2012 National Business Ethics award, which was the first and only contractor to receive this award, and the numerous Top Work Places including No. 1 ranking in 2019. Jack always said, “good ethics is good business” and that was the driving force of building his business. Jack was an avid golfer and a member of several golf clubs and loved nothing more than having some action with his friends. Whether he was in Florida or Pittsburgh, Jack was always surrounded by his friends and was a bigger than life personality. His priorities in life were his family, his faith, his profession and his Italian family heritage. He was an advocate for continuing education and consistent education – where learning is power. He and Darlene attended every little league baseball game, high school wrestling match, soccer and football games, as well as college football and wrestling matches. He always had a flare to fire you up – both on and off the field. His enthusiasm was contagious and you always laughed and had a good time when Jack was with you. He was very generous in giving back to the community through various philanthropic activities including the University of Pittsburgh, St. Paul’s Monastery and various other local charities and institutions. His thought was it is our duty to give back and help those in our community. Friends and associates of Jack will be given the opportunity to pay their final respects on Thursday, July 23rd, from 9 a.m. until 8 p.m. at Beinhauer Funeral Home, 2828 Washington Road, McMurray (724-941-3211). PLEASE SCROLL OR PAGE DOWN TO THE SERVICE DETAILS SECTION AND CLICK THE BLUE RSVP BUTTON. ONCE YOUR TIME SLOT IS SELECTED, SCROLL ALL THE WAY TO THE BOTTOM OF THE PAGE TO COMPLETE YOUR SUBMISSION. Due to the recent COVID-19 guidelines governed by the CDC, Jack's family will not be present for the visitation on Thursday. There will be a private family service and Jack will be laid to eternal rest at Queen of Heaven Cemetery. In lieu of flowers, the family request any monetary donations be submitted in John C. “Jack” Mascaro’s name to St. Paul of the Cross, 148 Monastery Street, Pittsburgh, PA 15203 St Paul of the Cross Monastery.

For those guests who wish to virtually pay their respects from 8:15 p.m. until 8:30 p.m., please click this CLICK LINK.
Read Less

To send flowers to the family or plant a tree in memory of John C. "Jack" Mascaro, please visit our Heartfelt Sympathies Store.

Receive notifications about information and event scheduling for John

We encourage you to share your most beloved memories of John here, so that the family and other loved ones can always see it. You can upload cherished photographs, or share your favorite stories, and can even comment on those shared by others.

KLE Construction Company, Ram Seshadri and the Fluor Family, and other have sent flowers to the family of John C. "Jack" Mascaro.
Show you care by sending flowers

3 trees were planted in the memory of John Mascaro

Posted Jul 25, 2020 at 03:08pm
Personally and on behalf of the faculty, staff, students, and alumni of the Carnegie Mellon Department of Civil and Environmental Engineering, I express condolences to the entire Mascaro Family on the passing of Mr. Mascaro. Through our collaborations with the Mascaro Center for Sustainable Innovation at the University of Pittsburgh, I got to know Jack and fully appreciate his remarkable vision for and commitment to the future of civil and environmental engineering and the construction industry. In a profession that is necessarily occupied with immediate challenges, his foresight was highly unusual. This, combined with his enthusiasm, generosity, and humanity made him an inspiration for we who had the good fortune to know him and spend time with him. May the memories of his uplifting professional and personal impact on so many people bring comfort to the Mascaro family in the days ahead.

Posted Jul 24, 2020 at 05:23pm
My wife and I would like to express our deepest condolences to the Mascaro family. I had the pleasure of working with Mascaro Construction for 13 years and on many occasions I worked for Jack directly. His passion and attention to detail set an expectation that i still carry with me to this day. Jack made you want to be better. He always took time and interest on how my family and I where doing. He was one of a kind and will be truly missed.

Posted Jul 24, 2020 at 01:52pm
It was truly my honor to get to know Jack during my time at Pitt. He was inspiring, a man of his word, kind and incredibly generous. He made an incredible impact on Pitt and this community. My deepest sympathy to the entire Mascaro Family.
Comment Share
Share via: 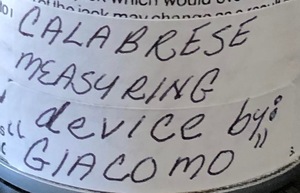 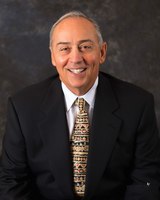 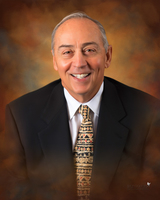