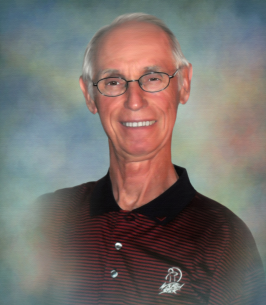 John K. DeBlassio, of the Cranmoor Community in McMurray, passed away on Saturday, May 7, 2022, after a short illness. He is survived by his beloved wife of 50 years, Kathy (Burke) DeBlassio; a brother, Michael DeBlassio, Jr. of San Diego, California; and a host of cousins, nieces, nephews, in-laws, and friends. He is predeceased by his parents Michael DeBlassio, Sr., and Anna (Kocanda) DeBlassio.

John DeBlassio was born on October 3, 1937, in Canonsburg, PA. He attended local schools before he enlisted in the U.S. Army, where he rose to the rank of First Lieutenant. He earned undergraduate and graduate degrees in mathematics, including a Doctorate in Mathematics Education. To help pay for his undergraduate education, John often played his accordion or keyboard for events at venues throughout the local area. His love of music continued throughout his life.

After teaching at a series of military academies, he joined the faculty of Upper St. Clair High School where he taught for 32 years, establishing life-long friendships with his colleagues. There he established one of the first computer science programs in the nation for high school students. He was a champion of mathematics for girls decades before it became popular. “Dr. D” was known for his soft-spoken encouragement of every struggling student and his enthusiasm for their successes. Countless former students stayed in contact as he continued to be a positive presence in their lives. John is recognized as an educator of distinction in the school’s Academic Hall of Fame. With his dear friend and fellow-teacher Jim Saunders, they established the Academic Computer Shop, one of the region’s first full-service shops for home computers.

John was a reliable and tireless volunteer for many non-profit organizations, including Little Lake Theatre. He was a beloved member of the Cranmoor community, where he would often appear shoveling someone’s driveway, delivering a loaf of his homemade bread, or clearing storm damage from a neighbor’s yard. He shunned any recognition, usually deflecting credit to others. He was good friends with his fellow pickleball players and golfing buddies. As those who knew him would often say, “To know John was to love him.”

A Celebration of John’s Life will be held on Saturday, June 18, 2022, from 1-3 p.m. at the Beinhauer Funeral Home in McMurray. At the request of John's family, all guests are required to wear a face covering or mask while they visit.

In lieu of flowers, please send donations to CASA for Kids (382 W. Chestnut St. Suite 108B, Washington, PA 15301, https://casawashington.org/) in recognition of John’s devotion to young people and his desire to encourage and protect them.

To family, friends, and everyone else, John’s parting wish was “try your best.”