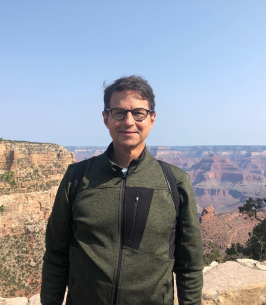 Born January 13, 1961 in Brookville, PA in Jefferson County, he was the son of Charles Ed Spindler Jr. and Alice Marie Smith Spindler.

Mr. Spindler attended Clarion Area High School and graduated in 1979 before attending The Ohio State University earning a Bachelor’s in Business Administration in 1983.

He enjoyed a variety of outdoor activities, watched college football, stayed active and was devoted to doing many things with and for his family.

Mr. Spindler married Karen L. Cherico in the Immaculate Conception Church in Clarion on August 3, 1985. They celebrated 36 years of marriage together and had two children: Corey Spindler of Chicago, IL and Nicole Spindler of Mt. Lebanon, PA.

He was preceded in death by his father.

Visitation and funeral services will be from 11:00 a.m. -1:00 p.m. on Friday April 8th at the Beinhauer Funeral Home in McMurray, PA.

He will be buried at the Queen of Heaven Cemetery.

In lieu of flowers, please make a monetary donation on behalf of Jeff Spindler to the Cushing's Support & Research Foundation (http://www.csrf.net).