To share your memory on the wall of Evelyn Haenig, sign in using one of the following options:

Provide comfort for the family of Evelyn Haenig with a meaningful gesture of sympathy.

To send flowers to the family or plant a tree in memory of Evelyn F. Haenig (Medos), please visit our Heartfelt Sympathies Store.

Receive notifications about information and event scheduling for Evelyn

There are no events scheduled. You can still show your support by sending flowers directly to the family, or planting a memorial tree in memory of Evelyn F. Haenig (Medos).
Visit the Heartfelt Sympathies Store

We encourage you to share your most beloved memories of Evelyn here, so that the family and other loved ones can always see it. You can upload cherished photographs, or share your favorite stories, and can even comment on those shared by others.

Posted May 18, 2020 at 03:40pm
Evelyn was one my sister. Emily’s , favorite friend. Mine too. I spent many wonderful evenings visiting with Evelyn. She was always delightful. I can still hear her laughing. Harry, Sharon & Sue, I’m so sorry for you. I loved your wife & mom. Sharon, you were so wonderful to Emily when you got married & Em was too sick to attend, I brought her to your moms house for a small luncheon & you put your wedding gown on so Em could see you. Thanks so much. We loved your family. Harry, I’ll be calling you.
Comment Share
Share via:
CM

Posted May 18, 2020 at 09:03am
Sweet, fun, beautiful Evelyn. Best friend of my mother, Pearl Moore. We always loved including Evelyn and her equally wonderful husband, Harry, in our family celebrations, to which she added so much love and joy. Rest peacefully Evelyn, and my your memory be a blessing to Harry, Susan and Sharon.
Comment Share
Share via:
DC

Posted May 16, 2020 at 11:45am
The Porters are very blessed and happy to consider Mrs. Evelyn as extended family. Whenever we would see her at a family gathering, she was always smiling and she always lit up the room. Heaven has welcomed a wonderful angel!
Comment Share
Share via:
GW

Posted May 15, 2020 at 11:50am
My name is Gwen Wolfgang. I am also a Liliane S Kaufmann Montefiore graduate and I was privileged to work with Mrs. Haenig when she was as a supervisor at Montefiore. She was an excellent nurse, kind, fair and helpful. I will always be thankful for the way she blessed my life.
When my husband and I were planning to build a home in Irwin, Mrs. Haenig invited us to her home to look at the layout and size before making our final decision. We ended up building the exact house only a few blocks away. We still live in that house. I think of her often and am thankful for her help in choosing a home where we have enjoyed so many years of love and laughter.
Our thoughts and prayers are with you and your family. Thank you for sharing your wife and mom with me. I was a better nurse because of her example.
Gwen Wolfgang
Comment Share
Share via: 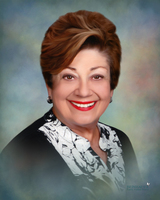