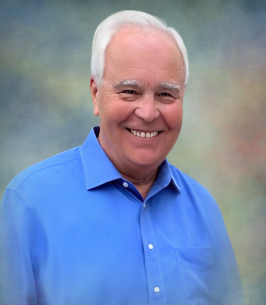 Doug was born outside Munich, Germany on July 3, 1948. He graduated from Steubenville High School in 1966 and The Ohio State University in 1971. Doug worked for Ashland Oil from 1971 to 1985 and for Cardinal Health from 1985 until his retirement in 2016. He was passionate about his work and made many lifelong friends at his jobs.

Doug loved sports, and was a lifelong fan of the Pittsburgh Penguins, Pittsburgh Steelers, and Pitt Panthers. One of his favorite times of the year was Memorial Day Weekend, where he attended the Indianapolis 500 for over 40 years with his many friends and family. Doug coached several of his sons’ sports teams in Bethel Park and loved working with young athletes.

Most mornings Doug would wake up and take a long walk with his family. He loved walking on the Montour Trail in Bethel Park, Fort DeSoto Beach in St. Petersburg, FL and in New York City. He was proud of his Serbian heritage and the life his family built in America after fleeing Yugoslavia during World War II. Doug will be deeply missed by family, friends and co-workers.