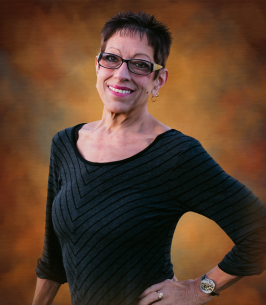 Diane (DaPra) Pierrard, 68, of Canonsburg, passed away on Saturday, April 30, 2022, in Washington Hospital.

She was born June 25, 1953, in Canonsburg, a daughter of the late Gilio “John” and Theresa (Ferraro) DaPra.

Mrs. Pierrard was a 1972 graduate of Peters Twp. High School. In 1985, she graduated from the Art Institute of Pittsburgh with a Commercial Art Technician degree.

Diane worked as a cafeteria manager for the Peters Twp. School District for many years. During this time, she made a lot of friends and treated the kids like they were her own children.

She was a member of the Cecil American Legion.

Diane enjoyed cooking, gardening, swimming, being in the sun and taking care of her pets.

She loved spending time with family and her daughter, Amber, who meant the world to her. Diane was someone who was full of joy and a friend to everyone. She had such a generous heart and was loved by all who knew her. No matter what the circumstance, she was always willing to help people and animals.

Surviving is her loving daughter, Amber Pierrard; previous husband, Jeffrey Pierrard; a sister, Annette Lewis; a brother, Dennis DaPra; and many nieces, nephews and cousins. She was also known as “Momma P” to Amber’s friends.

Deceased in addition to her parents, is a sister, Carla Morasca and a brother, Danny DaPra.