To share your memory on the wall of David Donald, sign in using one of the following options:

Provide comfort for the family of David Donald with a meaningful gesture of sympathy.

We encourage you to share your most beloved memories of David here, so that the family and other loved ones can always see it. You can upload cherished photographs, or share your favorite stories, and can even comment on those shared by others.

Posted Jan 30, 2020 at 01:31am
i remember Dave and his brothers they were in cub scouts and boys scouts troops with my parents,theiir dad was in it too,Sorry for your loss, he is sadly missed by all who knew him and loved him . rip dave please say hello to your parents,and mine. thanks for showing the video, you show a lot pictures of the olden days
Comment Share
Share via:
JH 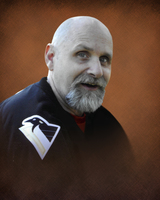