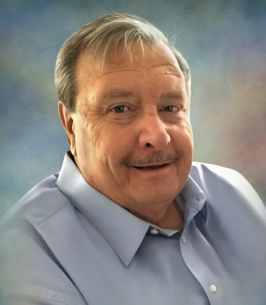 Dale Bernard Larson, Age 80, of Pittsburgh, PA, passed away May 3, 2022. He was the beloved husband of Marcia R. Larson; Loving father of Amy (Judd), Kimberly (Orlando), and the late BethAnn (Mark); Proud grandfather of Maya, Logan, Jake, Orlando, Larymar, Connor and Landon; Son of the late Bernard and Rita Larson. He was the loving brother of Judy (Dave) Huber; He is also survived by his nieces, nephews, cherished family and friends.

Dale served in both the United States Navy and United States Army. After his service, he began a lifelong career in law enforcement. He started his career as a Police Officer with the City of Pittsburgh Bureau of Police, then went on to work for the U.S. Federal Government, Department of Treasury as a U.S. Customs Investigator. He was a Special Agent with the United States Secret Service and retired after 21 years as Assistant Special Agent in Charge of the Pittsburgh Field Office. After retirement he became a Regional Security Director with U.S Airways, then worked for the U.S. Department of Homeland Security, TSA/FAMS serving as a Federal Security Director where he retired as (A) Command Officer in Charge.

Arrangements by BEINHAUER. Friends received at 2828 Washington Road, McMurray, and Saturday from 4:00 – 8:00PM and Sunday from 2:00 – 4:00PM and 6:00 – 8:00PM. A Mass of Christian Burial will be celebrated at St John XXIII Parish, St. Benedict the Abbott Church on Monday at 10:00AM. Interment in Queen of Heaven. In lieu of flowers memorial contributions may be made to St. Paul of the Cross Monastery (www.stpaulofthecrossmonastery.com). Please add and view tributes at www.beinhauer.com.