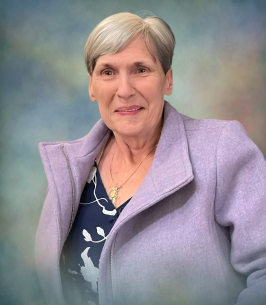 Throughout her life, Annette wore many hats- and she wore each extremely well. Born in Racine, Wisconsin, the Valentine family lived in many states before settling in Cincinnati, OH. Upon her graduation from the University of Cincinnati, she pursued a career in teaching. As a teacher in the 1970s, she piloted one of the first special education programs in the state of Ohio. Moving to Pittsburgh in 1976, Annette continued to explore her many interests and fascinations. An accomplished rider, she opened her own horse stable where she taught scores of young equestrians who went on to excel in the ring. She traveled around the country as a regarded National Examiner for the United States Pony Club. Her love of animals was reflected in her spouse; she and William owned a farm that was home to horses, cows, pigs, sheep, donkeys, miniature donkeys, rabbits, chickens, geese, goats, llamas, ducks, dogs, and cats. It was on this farm that she discovered her love of spinning, weaving, and knitting and became an adored Fiber Maven. Despite her shifts in careers, she was always a caring and devoted educator.

In 2006, Annette joyfully fulfilled a long-time desire to convert fully to the Roman Catholic Faith. Her prayer life and service to the Church were central in her life. The prayer group members with whom she attended daily Mass became her greatest supports and a second family.

Many words can be used to describe Annette Bader- faithful, caring, accomplished, humble, strong, talented, musical, beautiful, poised, patient. But, the descriptors she relished best were Mom and Nonny. Her pride in her children and grandchildren radiated from her adoring eyes. She loved them all exactly as they were and remained a soft place to fall until the end. Her marriage to William and their shared love of children meant that her home was always alive with laughter. She especially loved the annual Easter Egg Hunts in the yard. She will be missed as this Lenten Season draws to a close.

Family and friends will be received at BEINHAUER FUNERAL HOME in McMurray, PA from 2-4 and 6-8 p.m. on Wednesday, March 23, 2022. A Funeral Mass will be held at St. Louise de Marillac in Upper St. Clair, PA on Thursday, March 24, 2022, at 10:30 a.m. with interment to follow at Queen of Heaven Cemetery. In lieu of flowers, the family prefers donations in her name be made to the Alzheimer's Association (https://www.alz.org/) or Catholic Relief Services (https://www.crs.org/).